We have 7 results
View:
Sort by:

Uppland 2352 - Nice cabin by the ocean near Grisslehamn

This cabin has today had 10 visitors!

Uppland 2352 - Nice cabin by the ocean near Grisslehamn

Uppland 2559 - Red cabin near the ocean in North Uppland 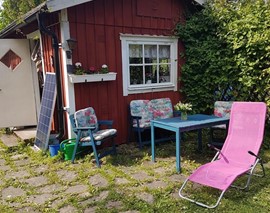 Uppland 2559 - Red cabin near the ocean in North Uppland 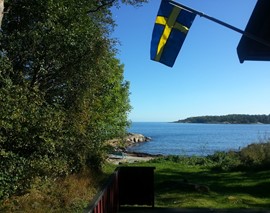 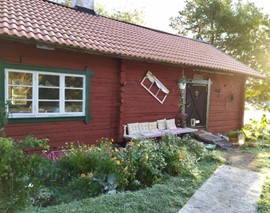 Uppland 2887 - Cabin near the ocean outside of Grisslehamn

Uppland 2887 - Cabin near the ocean outside of Grisslehamn

Uppland 2920 Well maintained house by the sea near Grisslehamn 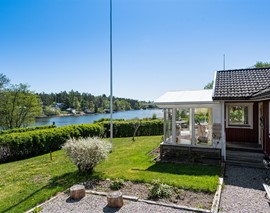 Uppland 2920 Well maintained house by the sea near Grisslehamn

Uppland 2931 - Croft on a horse farm outside Sala 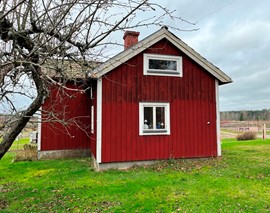 NEW CABIN
This cabin has today had 2 visitors!

Uppland 2931 - Croft on a horse farm outside Sala

About Uppland in Sweden 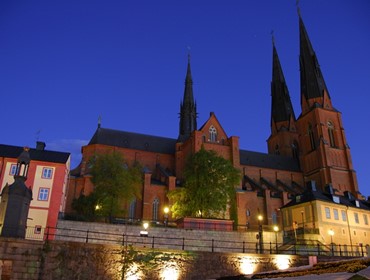 The province of Uppland, Sweden

Are you looking for a holiday in a cabin in Uppland? The cabins you can rent here have an environment that is characterized in Sweden by its beautiful fertile fields, enchanting forests and beautiful coastal landscapes. Uppland is a centrally located landscape in Sweden that offers a varied nature. The cabins here are close to both the ocean, rural lakes and Stockholm's metropolitan environment.

Uppland is located next to Lake Mälaren with its extensive lake system where the water extend all the way out into the Stockholm archipelago. Perfect for you who rent a cabin for fishing or want to just enjoy a pleasant vacation by the third largest lake in Sweden. On the opposite side of the province, Sweden's mighty coastline is ever expanding. Regardless of whether the Mälardalen or the ocean attracts you to your vacation these waters offer fantastic opportunities for swimming, fishing, great trips and nature experiences. In Roslagen, as the coast above Stockholm is called, you will find many idyllic villages with cabins, cottages, boathouses and marinas.

Facts and location in Sweden

If you rent a cabin in Uppland, the accommodation will be centrally located in the middle of Sweden, close to both Stockholm and nature. Uppland borders Södermanland and Stockholm to the south, Västmanland to the west, Gästrikland to the north and the Baltic Sea to the east. Uppland does not reach the border where Dalarna meets Gästrikland and Västmanland, but it is not far if you want to visit Dalarna during your vacation.

What to do when you rent a cottage in Uppland

In addition to the good fishing and nature experiences that attract many tourists, here are interesting sights to visit during your vacation stay.

The medieval village of Ekeby village, west of Uppsala in Vänge is a place worth a visit. It is an ancient monument area that represents a complete environment with settlements until the late middle Ages. In Uppland there are also several medieval churches to view.

Uppland is known for where the Vikings once lived. You can go on guided tours and explore the history of the Viking Age. In Uppland, there’s been many finds that Sweden's ancestors left behind, and you can visit rune stones and excavations, among other things. There are over 150,000 ancient remains and rune stones here in Uppland. This area is often called the province of rune stones and ancient monuments.

In the city of Uppsala you will find various parks and gardens. The largest and most visited is the city garden, here you will also find a nice handicapped accessible playground.

Uppsala Castle and the Cathedral

Two very notable buildings that dominate Uppsala's cityscape are the Cathedral and Uppsala Castle. The cathedral is one of Northern Europe's largest churches. Uppsala Castle was built by Gustav Vasa and now has an art museum.
Uppsala Cathedral
uppsaladomkyrka.se
Uppsala Castle
uppsalaslott.com

Uppland's largest city is Uppsala, the 4th largest city in Sweden. Uppsala has for many years been a source of inspiration for artists, scientists and religious leaders. Carl von Linné lived and worked in Uppsala and Ingemar Bergman was also born here. The city is one of the most popular university cities in Sweden and the city's cultural life is characterized by the students

The oldest city in Sweden, Sigtuna

Sigtuna is the oldest city in Sweden.  Here you will find lots of ancient monuments, churches and ruins. Do not miss to visit Sweden's first pedestrian street. The cultural treasures are many in this cozy small town. 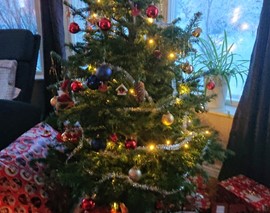